All About Limestone & Caves 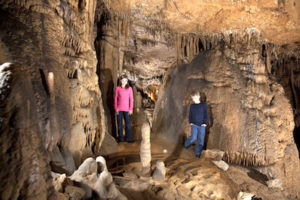 Marengo Cave is an enormous, beautiful natural cave in Indiana. It's easily traversable for tourists, isn't particularly muddy or wet, and is absolutely beautiful.

A group of children discovered the cave in 1883, and the townsfolk—immediately recognizing a potential tourist attraction—quickly declared it a protected site. A few years ago, Marengo Cave was declared a US National Landmark.

It's not the only cave in Marengo, Indiana, though.

The Marengo Warehouse is an old underground limestone quarry located just a few miles away from Marengo Cave. Opened in the 1800s, it contains almost four million square feet of storage space (more than 100 acres), about a quarter of which is in use. The owners converted it from a mine to a storage warehouse in response to competition from much larger limestone quarries.

All sorts of rumors swirl around the warehouse. For example, the Center for Disease Control supposedly stored supplies there for a long time, but the only actual government property inside are some 10 million MREs. The other contents of the warehouse include 400,000 tires and some 23 million pounds of frozen fruit, most of which are intended for use in yogurt.

The Marengo Warehouse is nowhere near unique. All around the world, we’ve converted limestone mines into storage spaces and business parks. This depends on how we mine the limestone. Since the 1950s, miners have worked carefully to ensure that the leftover space is actually useful, carefully removing 12-foot thick chunks of stone in grid-shaped patterns. When mining is completed, very little construction is needed to ready a cave for other purposes.

The underground limestone quarries are extremely stable. Limestone is made of compressed, ancient, tiny seashells. It's three times stronger than concrete, and has been used in construction for more than three thousand years. 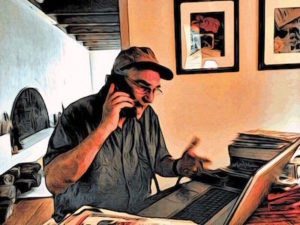 Of course, there are certain concerns with use of the quarries. Ventilation is a much greater concern than in other mines, so electric forklifts are generally required instead of those powered by propane powered. And, while the older quarries are generally extremely stable, the geological strata above and below the facility must be monitored, to watch for shifting or cracking rock layers.

Now, I’m way too hopeful a man to get all bothered by doomsday scenarios, but if you really want to start preparing for all possibilities, those limestone caves might one day save the human race. I’ll stick to my man cave…when Maggie lets me, of course.
_________

Oh, Yard Ramp Guy, just me here, staying on topic with my quotations:

“The cave you fear to enter holds the treasure you seek.”