Or: Why Stinky Cheese Helps 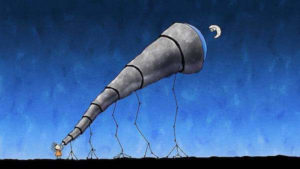 Other science makes valuable contributions to our understanding of the universe around us—theoretical physics or marine biology, for example—and these very often produce society-altering work.

Then, of course, there is the science that doesn't quite have the same sort of impact, like magnetically levitating a frog or creating a chemical recipe to partially unboil an egg.

The Ig Nobel Prize is given out each September, around the time of the real Nobel prizes. It's broadcast every year on the Friday after Thanksgiving on NPR's program “Science Friday,” which makes for a much better use of my time than hunting Black Friday deals.

The awards either criticize (awarding a prize in “science education” to the Kansas State Board of Education for their stance on teaching evolution in schools) or to gently rib scientists for absurd research (testing the “five second rule” for eating food off the ground, which they proved to be false).

A few of my favorites:Discovering that the word “huh” or an equivalent seems to exist in every language.

All of my favorites are in the real-but-absurd science category: the awards given out to people doing homeopathy or predicting the end of the world are grin-worthy…but not all that interesting. 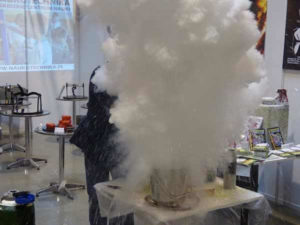 The absurd science category sometimes becomes relevant: Sir Andre Geim won both the Ig Nobel Prize (he was the one to levitate the small frog with magnets) and the Nobel Prize for his work on graphene.

And the Ig Nobel award-winning study showing that malaria mosquitoes are attracted to Limburger cheese has been used to create large-scale mosquito traps in strategic locations in Africa.

Mostly, though, I just find that the real science is funnier.

“The most exciting phrase to hear in science, the one that heralds new discoveries, is not ‘Eureka!’ (I found it!) but ‘That's funny…’"