Or: Careful with that Shipwreck 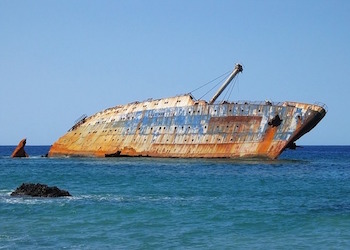 What do Geiger counters, medical scanners, aeronautical sensors, space sensors, and photon detectors have in common?

In fact, you can list many different traits that they all have in common. They all fit pretty easily into a few categories.

The reason I asked, though, is due to one very specific and shared quirk: they're all largely built out of salvaged shipwrecks.

Each of these devices requires high levels of sensitivity, meaning that they can't be radioactively contaminated themselves—not even a little bit.

Unfortunately, the overwhelming majority of steel we’ve produced worldwide since the Trinity nuclear bomb test (in 1945; the first time humans detonated a nuclear weapon) is contaminated with higher-than-normal levels of radionuclides (radioactive particles) such as Cobalt-60. 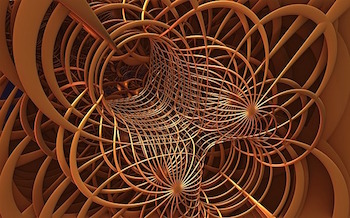 This has been McCoy Fields, man of steel.

This occurs because both the Bessemer process, converting molten pig iron into steel, and the modern BOS steel-making process involve atmospheric gas, with little bits of radioactive particulate drawn in from the atmosphere and planted in the steel.

Though the amount of radioactive materials in the air has dropped drastically since 1963, when nations enacted the Partial Nuclear Test Ban Treaty, radiation still lingers in steel. And we keep recycling our old radioactive steel as scrap metal.

Because of all this, devices that require low levels of radioactive contamination—like our sensors and scanners—can’t use modern steel. Which means that we must use steel produced before the Trinity test.

The best sources of this? Sunken ships—most notably, the scuttled German WWI battleships at Scapa Flow in Scotland.

Oh, Yard Ramp Guy, I might just sink your battleship with this one:

“A person without a sense of humor is like a wagon without springs. It’s jolted by every pebble on the road.”