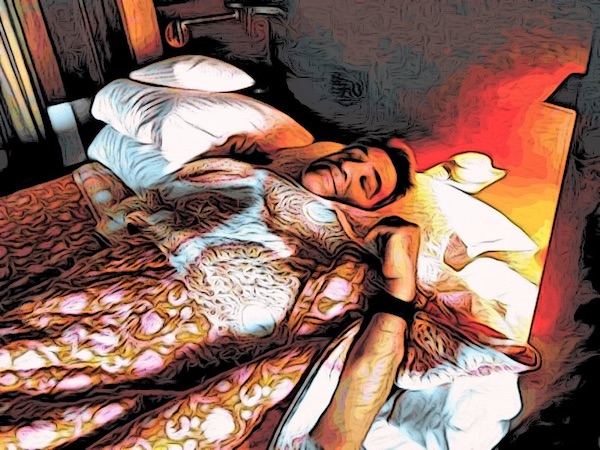 Quite a few European countries have "freedom to roam" laws, allowing you to wander onto private land as much as you'd like, so long as you don't damage it or cause trouble.This seems unusual but, unlike in America, which has a lot of public land, some countries in Europe, such as Scotland, are 90% or more composed of private land; you’d be almost solely restricted to public roads there, without freedom to roam laws. Some 45% of land in Scotland is owned just by 450 or so people. without freedom to roam laws, an astonishing amount of the country would be cut off from most of the population.

Of course, there are plenty of restrictions. For example, you usually can’t freely enter a fenced field with a gate. If someone has a little forest on their land, though? G’head: absolutely wander through it, or even go mushroom hunting, foraging, or camping, depending on the specific laws of a particular country.

We have ample history behind the freedom to roam laws, even if, remarkably, many countries didn't bother to formalize these laws until recently, depending on custom, to keep access available.

Those customs date back centuries. I expect you could trace them all the way back to Medieval times, when peasants were allowed to freely use forests owned by nobles to forage, gather firewood, and graze their pigs on acorns and the like.

By and large, while most American states don't have a direct equivalent—you're well within your rights to exclude other private citizens from your land—we have a surprising amount of parallels.

In Hawaii, all beaches, no matter who owns them, are legally public beaches (excepting some military beaches and such). California and Florida have similar laws for their beaches, with a gaggle of variables. In Oregon, the entire coastline is public property, up to sixteen vertical feet above the low tide mark.

For the most part, these laws are wildly popular with just about everyone, except for a few ultra-wealthy people who'd prefer to own their own beaches. I'm not overly sympathetic to their plight.

America certainly doesn't need freedom to roam laws as far-reaching as Europe's, but really: only thanks to our large quantity of publicly-owned lands, like our National Parks and Forests. Publicly accessible lands are an important part of a healthy society.

This week, my friend The Yard Ramp Guy describes the idea of supply chain through a prism of my favorite invention, the yard ramp.