Or: Why the Big Nuts Always Rise to the Top 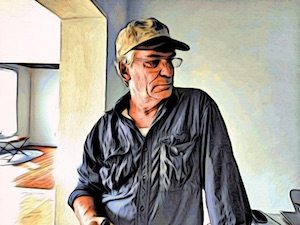 That's me, looking for cashews.

Anyone who's worked in shipping—or anyone who has ever opened a jar of mixed nuts—has experienced the same thing, over and over again: When you're moving a jumble of little stuff, the big items (or Brazil nuts) always end up at the top.

At first glance, it seems simple enough: the smaller stuff can just fit down into the holes between everything else. Problem solved. Except...if that were true, then the small stuff would be at the bottom but the big stuff would still be scattered all the way through.

Well, what about density? If the big items are just less dense, they'd pop right to the top, yes? Well, sometimes, though much denser large objects also tend to rise to the top. It's only the items with a slightly different-than-normal density that remain scattered throughout.

In order to understand this, we need to view it a bit differently. Let’s approach it in terms of convection. In a liquid, temperature and pressure differentials can create convection currents that move particles around in huge looping patterns. If you treat the mixed nuts as a fluid, convection actually starts to accurately model what's going on. (Scientists call it granular convection.)

As it turns out, both of our previous ideas were almost right. As we move the box around and shake its contents, we force the particles in the middle upward in a current. The particles on the sides then fall into the gaps left by the rising particles in the center. Which is where our first idea comes into play: the smaller particles can fit down into the new gaps more easily, leaving the biggest ones on top. 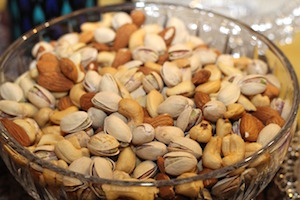 We still have the density issue confusing things, though. And this we can't solve quite as easily. We know what happens, and we have an idea how it happens (weirdly enough, density doesn't particularly affect granular convection on this scale if the mixture is in a vacuum), but we still haven't put our fingers on all the whys.

One thing is for sure, though: Cashews are definitely the best. You'd have to be a fool to think otherwise. (Well, the almonds can stay, too.) Brazil nuts and all the rest are just something you have to endure for the sake of the cashews.

Good thing people never run out of things to say. My Quote-Off with that other Yard Ramp Guy continues:

“God gives the nuts, but he does not crack them.”