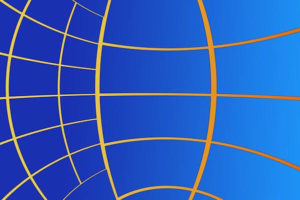 Getting from here to there.

Until a couple hundred years ago, sailors never strayed far from the shipping lanes if they could help it. Many ships stuck to the coast whenever possible.

Not that the ships were of low quality, or that they were manned by poor sailors. It all came down to the fact that navigation was much more difficult then.

In order to navigate at sea, you need three things: location, speed, and heading.

Heading simply required a compass, or a clear view of the sun or stars. Speed could be arrived at in a variety of different ways.

Location, though, was the tricky one.

Longitude was the difficult one to calculate—and the reason navigation was so difficult. Ships, convoys, and even entire fleets ran aground on a regular basis due to the longitude problem. The situation got so bad that the English government put up a massive fortune as a reward to anyone who could solve the problem. 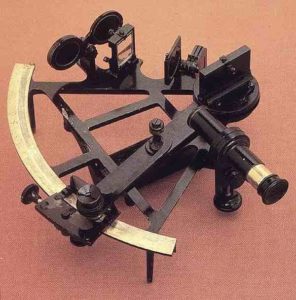 For years, we thought the answer was in astronomical observation. In fact, we solved the problem that way with the sextant. Unfortunately, the sextant was cumbersome and difficult to use, and the calculations involved could take hours.

Enter a man named John Harrison, who tried a different approach—a mechanical one. If you could keep track of the exact time of your starting point, comparing it to your current time, you could determine your longitude.

Harrison spent 31 years developing the marine chronometer, the first clock capable of keeping time at sea. He had to solve a bunch of problems to do so; heating and cooling of the metal parts could cause inaccuracies in timepieces. We couldn’t use a pendulum, due to the swaying of the ship. Grease would eventually wear off.

In the end, he managed to solve all of these problems, and with one little device he changed history. After that, oceanic trade and exploration became easy, reliable, and economical. Harrison’s marine chronometer helped fuel a multi-century economic boom.

Oh, Yard Ramp Guy: do you know where you’re going to? Do you like the things that life is showing you?

“The rules of navigation never navigated a ship. The rules of architecture never built a house.”