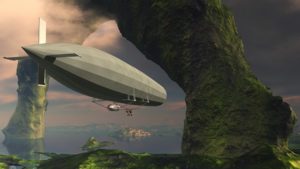 Ho ho ho, Yard Ramp Guy. And all that jazz.

“Once again, we come to the Holiday Season, a deeply religious time that each of us observes, in his own way, by going to the mall of his choice.”