Or: Don’t Let Civilization Become a Stick in the Mud 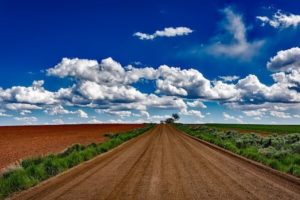 You’ll be tempted to say oil, but that's not even close. Nor is metal.

“Yes,” you’ll say, “dirt is literally everywhere. It's what the ground is made of, for Pete's sake. How can something so common be that important? I mean, yeah, we need it to grow all of our food, but it's not like we're going to run out anytime soon.”

Unfortunately, I've got some bad news for you but, naturally we'll first need to go back in time.

During the Roman Republic, the fields of Italy were famed for their fertility and were a big part of Rome's early conquests. And during the Roman Empire? All of the grain was shipped from the fertile fields along the Nile via the Port of Alexandria. In time, the fields of Italy were no longer capable of supporting the population of Rome; the soils had been exhausted of nutrients, with much of the topsoil stripped away.

Let's travel even further back to ancient Mesopotamia. The end of Mesopotamia's reign as the center of civilization ended due to the very thing that made it possible: irrigation. Long-term irrigation caused the salinity of the fields to increase until the fields were too salty for crops.

“But,” you’ll say, “we're talking thousands of years, here. Technology's increased to the point where we don't need to worry about that anymore.” 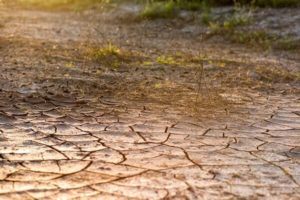 Sorry to be a downer, but we need to worry about it now more than ever.

Soil is fragile stuff that can take decades—sometimes centuries—to form. Our ancestors needed millennia to master agricultural methods that preserved the soil, and we've largely discarded their methods.

Terracing, contour plowing, no-till farming, use of compost and manure: those are no longer in the playbook for most of our farms, especially the largest ones.

Tractors, nitrogen fertilizers, and genetically engineered crops allow us to do an end-run on soil. We can use them to grow crops in even the worst soil, at least for three to four years.

After that? They just move to a new field. That's not sustainable, though. We're already using about 40% of the Earth's surface for agriculture. We can't keep moving fields forever. We're simply eroding away soil faster than it's produced.

This isn't a situation where there's going to be a simple technological solution, in large part due to the fact that this is a technological problem. Instead, we need to concentrate on careful husbandry of the land, especially encouraging small farms that use sound long-term strategies.

Thankfully, this is starting to happen, but it's got a long, long way to go. Every single civilization that's neglected its dirt has suffered for it. We've neglected ours for far too long.

Dear Yard Ramp Guy: Onward, reverse-alphabetically. In the meantime, you B most excellent.

“Years later, people look back upon their darkest day and say—as Churchill said of London's war years—‘This was our finest hour.' In a tough spot right now? You may be on the very edge of winning.”