Meet the New Boss, Not as Good as the Old Boss 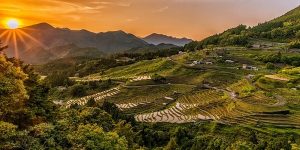 There’s a long list of stories in history where Europeans tried, and miserably failed, to apply European farming techniques to other places around the world.

It turns out that you need to adapt your techniques to your environment, not the other way around. The Ancient Greeks had a relevant term: metis, or local knowledge. It’s important to know how things work where you live.

One of the most interesting European agricultural failures occurred in Bali. The Balinese had, over millennia, developed incredibly complex rice farming techniques. Rice is absolutely central to Balinese Hinduism and cuisine. Rice is so important that the Bali word for rice, nasi, means “food.”

Incredibly complex water terraces cover Bali, running up and down hillsides, with equally complex irrigation systems all over the place. They have farming cooperatives known as subaks that consist of every farmer sharing a water source. Everything is orchestrated by the intricate and complicated calendar known as the tika. And, thanks to all of that, Bali was able to maintain an immense population density. 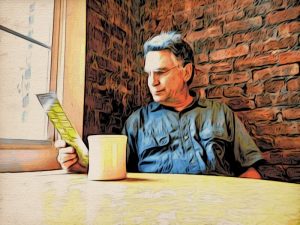 Yours truly, about to order a rice dish.

Then the Europeans came along, decided all of these old methods were nonsense, and decided to replace them with more modern techniques. They failed to significantly change anything.

In the 1980s, scientists began actually modeling the differences between the old and new systems and realized exactly how brilliantly adapted the old systems had been to Bali’s climate and ecosystem. Today, Bali has slowly reintroduced modified versions of the old system back in place. They’re not bringing back the old rice strains, but they’re reworking things to run off the tika calendar again.

It pays to understand your environment. The real world always beats theories.