Or: In Space, No One Can Hear You Take out the Trash 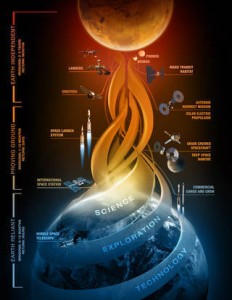 My family goes to a lot of movies. We're not film buffs, by any means. Usually, we're looking for snappy dialogue and explosions. A couple years ago, we saw the film “Gravity.” For those who haven't seen it, a runaway debris cloud destroys satellites and space stations. Even though the science in that movie was pretty badly off, in a lot of ways, something like it does have the potential to occur.

It's a pretty simple process: one piece of space junk slams into another, which sends debris scattering about. Some of that debris hits another piece of space junk, creating another burst of debris, which slams into more space junk, and then maybe into a satellite. Eventually, you have an enormous cloud of debris traveling through orbit. Each piece would be widely spaced, but even tiny bits can have insanely destructive power when moving that quickly. The cloud wouldn't take out every satellite, of course; it would stay in the same orbit, and many satellites would be in a higher or lower orbit. 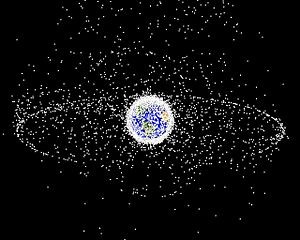 Governments take the threat quite seriously. Satellites aren't allowed to launch unless they can be safely disposed at the end of their lifespans. The two most common techniques for doing so: dropping it back into the atmosphere or raising it up into a higher graveyard orbit. People also have proposed gadgets for clearing the debris, including a device called a laser broom, which is precisely as cool as it sounds.