The Strange Case of a Non-Invisible Man

There's a poker saying I've always been fond of: “If you sit in on a poker game and don't see a sucker, get up. You're the sucker.”

It's a great rule to live by, and not just in poker, but it’s pretty distressing how many people have obviously never heard it. We've all met them: people who completely fail to recognize their own incompetence, or think that they are geniuses despite overwhelming evidence to the contrary. 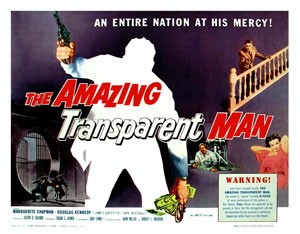 There's actually a name for this: The Dunning-Kruger effect. Though it was hardly a stunning revelation to anyone, David Dunning and Justin Kruger were the first ones to actually test for the phenomena. They were inspired by a news story about a man named McArthur Wheeler, who robbed a pair of banks after smearing lemon juice on his face. Apparently, he thought that lemon juice would make his face invisible to cameras, since lemon juice is usable as invisible ink.

During their testing, Dunning and Kruger confirmed that unskilled people frequently overestimated their competence. One of the experiments performed involved giving various tests to subjects and then showing the subjects their scores. They then asked the subjects to estimate their rank. Those subjects who tested poorly consistently ranked themselves as much as 50 percentiles higher than their actual score.

Dunning and Kruger found an interesting flip side to the effect: highly skilled individuals tend to frequently underestimate their own competence—or, rather, they overestimated the competence of others—an effect that seems quite similar to Impostor Syndrome, which occurs when people are unable to really acknowledge their achievements.

I usually don't have a lot of interest in psychology; I tend to read much more about other social sciences, especially history and archeology. Why am I getting into it now?

Easy. I'm willing to put a lot of work into my insults, especially when they involve incompetent coworkers.