Or: I Don't Think Casper Would Like Living Here 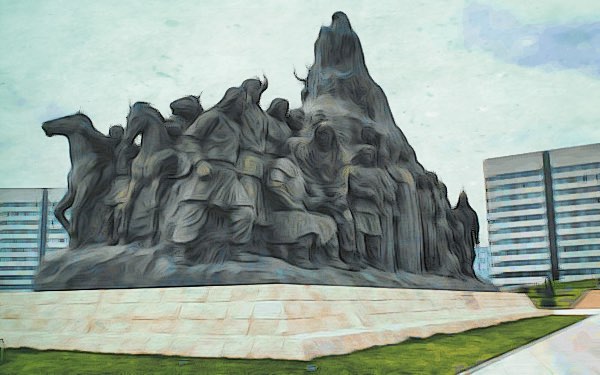 Statues in Ordos, Looking for Some Company

China is full of ghost cities.

Huge, sparkling, well designed new cities. With no one living in them.

For the past couple of decades, China has been building brand new cities and neighborhoods for people to move into. And yet no one wants to.

Ordos City—specifically, the Kangbashi New Area—is the most famous of these ghost cities. The Kangbashi district was designed to be a brand-new city of a million people, in order to help deal with infrastructural problems in the existing nearby city of Dongsheng.

The growth of the nearby Ordos desert had been causing water shortages in Dongsheng, so the new city was designed and built some 16 miles away, near several pre-existing reservoirs. Despite the beauty of the new city, the impressive high-tech public works, and the incredibly cheap real estate, no one wanted to move there for a long time.

It's not an isolated case, either. Most new cities constructed from scratch have similar problems attracting people. Why is that?

Successful new cities tend to grow for a reason. Oil or mineral resources are found, and workers are brought in. New industry is opened up. Shipping lanes change. And so on and so forth.

Historically, there has to be an economic incentive to start a new city. Just building a new city won't necessarily attract anyone.

That's not the whole story, though. People want to move somewhere where they know people, or where they know that there will be good schools and cultural activities. On top of that, cities tend to grow organically. People usually prefer moving into neighborhoods that have arisen naturally, rather than being completely planned out.

Cities aren't just buildings and infrastructure. They're the people in the buildings, the culture the people build, and the history behind them.