My family goes to a lot of movies. None of us are film buffs or anything like that, and I can’t say I’ve ever watched any of those film award shows, but we do end up going to the movies quite a bit. I’m nowhere near as knowledgeable about film technology as I am about ramps, but I do like to read about it. 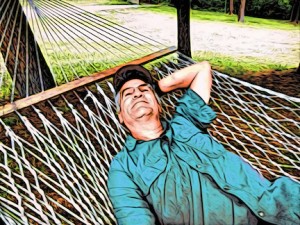 One of my favorite movies from the last decade or two was that King Kong remake. The big ape himself is done pretty spectacularly by a fellow named Andy Serkis, using motion capture.

The way they do it is pretty nifty: they first put Serkis in this weird, full-body suit, made of latex or something like it. His face is then covered with a clear plastic mask filled with little holes. They mark his face with little dots through all the holes before removing it.

The little dots also cover his body suit. They film him moving around and doing his scenes. Then, in the computer, they use those little dots as…well, anchors, essentially, in order to layer the CGI over Serkis. They then build up the character using the dots and the framework between them, rather than animating the whole shebang themselves. 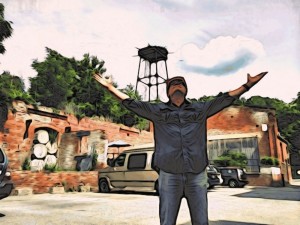 There are a lot more dots on the face, too; that part is harder to animate, so it needs a lot more detail. It still takes a ton of work. Movies are just crazy expensive for a good reason, and not just because of the huge paychecks the actors get. There is a ton of work and expense put into it.

King Kong isn’t the only motion capture character Serkis does, either: he did Gollum from The Lord of the Rings movies, and the main ape from the new Planet of the Apes movies, too, though I never saw those. (I never liked the original too much, mostly thanks to Charlton Heston. He’s an overacting ham. Now, if Planet of the Apes had had, say, Clint Eastwood…)

The technique has definitely evolved quite a bit since King Kong, but I don’t think I’ll ever be able to just dismiss old technology as boring. In fact, it’s often much more interesting.