Or: Dam That Stream 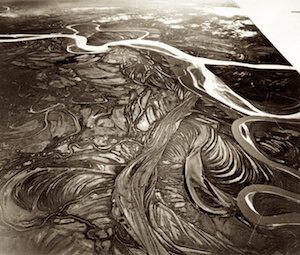 If you live on the East Coast, especially in the mid-Atlantic region, you might be familiar with the types of streams you often find there—meandering streams, with high banks full of fine sediment. They tend to erode badly, so stream restoration has become a multi-billion-dollar industry on the East Coast.

Prior to European settlement, streams on the East Coast tended to be composed of multiple channels that were divided by islands and wetlands, with fairly low banks (also called anabranching). The wetlands tended to be highly effective carbon sinks. You definitely didn't find the single-channeled meandering streams you do today. So what happened?

In a word? Millponds. Water-powered mills dammed up rivers and streams all across the East Coast. This slowed down the streams and created spots where the sediment could settle out of the water at much greater rates than normal, producing those high stream banks. 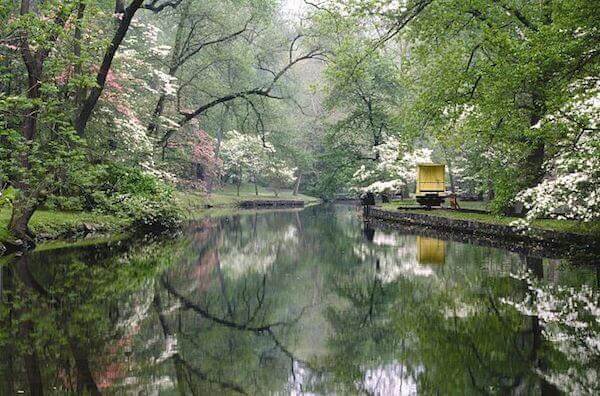 Now that we don't use water-powered mills to grind our flour and cut our lumber like we used to, most of those mills have vanished over time. And most of that multi-billion- dollar stream restoration industry? It's just trying to keep the streams and rivers flowing in a manner unnatural to them.

The stream restoration industry players aren't fighting an entirely uphill battle. Some of them are starting to listen to the science. Instead of repairing the eroding streambanks, they're accelerating the process in order to return the streams to their former state.

This approach is not exactly popular yet because it involves bulldozing all the plants and trees that have grown on the stream banks, which isn't very pretty.

There's a more important lesson to take from all this: namely, that we change the world around us in ways we seldom recognize.

Many of our ideas about what nature is come from what we see around us, which is seldom untouched. And nature possesses nearly unstoppable inertia; look at the stream banks eroding now.

Nature had to wait centuries, but she’s still reclaiming her streams on the East Coast. We need to be cautious about where we build and how we alter nature. It’s best to work with her. In the long run, working against nature is seldom a winning strategy.

“Waiting for perfect is never as smart as making progress.”