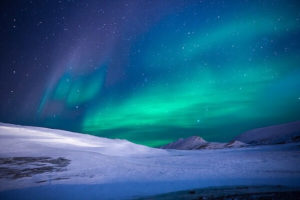 I've written a good bit about archaeological sites before, including Göbekli Tepe, one of the oldest sites in existence. And it's not a topic I'm likely to exhaust any time soon. Today, I want to share fascinating info about the oldest agricultural site on the planet.

People lived and worked Tell Abu Hureyra—located in present-day Syria, about 75 miles east of Aleppo, between 13,000 and 9,000 years ago. The epoch shows civilization’s clear transition from hunter-gatherer communities to agricultural communities.

Abu Hureyra was home to the earliest known farmers in history. The Tell part of its name refers to the hill over the site; a tell is a large, flat hill composed of collapsed buildings, debris, and household items that piled up over the years the village existed.

Agricultural activity at the site started at the beginning of the Younger Dryas, which is commonly described as the cause of the rise of agriculture. The Younger Dryas was a brief return to the climate of the Ice Age, 13,000 to 11,000 years ago. (That’s brief…in geological term.) 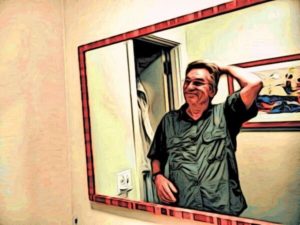 Many scholars believe this period kick-started agriculture. The rapid and prolonged temperature dip of the Younger Dryas rendered the Middle East less capable of supporting hunter-gatherers, forcing them either to migrate southwards or adopt new strategies for acquiring food. And here we’re talking about agriculture.

Abu Hureyra shows this exact pattern. Most of the hunter-gatherers fled early in the Younger Dryas, with the remainder switching to agriculture. It remained inhabited for another 4,500 years after that.

Sadly, Abu Hureya is no longer accessible to anyone. It was drowned underneath Lake Assad following the construction of the Tabqa Dam in 1974. The site had only been excavated for the two years prior to that. And in great haste: archaeologist knew their time was limited.

Okay, Yard Ramp Guy: No complaints from me, but know that my challenge is greater than yours. You try spelling backwards.

“Values are tapes we play on the Walkman of the mind any tune we choose so long as it does not disturb others.”