My good friend Jeff Mann, the true Yard Ramp Guy, has asked me to revisit some of my original posts. This week in my From the Archives series: is sand an endangered, er, species?

Air and water are our two most heavily-used natural resources and, though not as obvious, dirt is number three. What's number four, though? 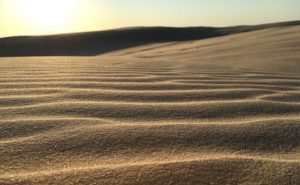 We’ve used sand for construction since the time of ancient Egypt, if not longer. We utilize certain high-grade sands for glass, with other grades for detergents, toothpaste, cosmetics, solar panels, and computer chips.

The biggest use? Concrete. Essentially, concrete is just sand and gravel bound together by cement.

You might wonder why I'm distinguishing between dirt and sand. They're both just stuff on the ground, right? Well, no. Dirt contains a high degree of biological debris and is great for growing things in. (It often contains sand.) Sand is just ground up bits of minerals, usually quartz.

As common as sand is, turns out that it's also a finite resource. Humans use more than 40 billion tons of sand and gravel every year, and the demand is getting severe enough that riverbeds and beaches all over the world are being emptied out. We can't use desert sand because it's too rounded to bind together well—a result of wind erosion rather than water erosion.

And shortages are beginning to crop up. The absurd construction boom in Dubai has so denuded local sources that they're literally buying and shipping their sand from Australia now.

As local riverbeds, beaches, and quarries run out, sand miners have started to turn to the seafloors, vacuuming up sand from the seabed while dealing marine ecosystems massive amounts of damage. 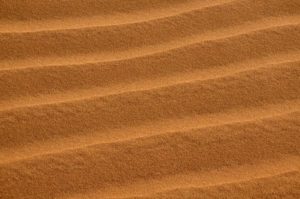 At least two dozen Indonesian islands are simply gone now due to Singapore's sand requirements (its artificial land construction projects make it the largest sand importer in the world). Environmental damage in the region has gotten so bad that three countries have already banned exports of sand to Singapore.

Construction sand now even has a black market, profitable enough that violent organized crime groups are building up around it.

The environmental damage from the sand trade is immense. This hardly gets any attention in much of the world. After all, it's just sand, and for millennia now we've used “grains of sand” as a metaphor for something countless.

Our sand turns out not to be countless after all.

This week, my friend The Yard Ramp Guy tells a story that's good karma for the business soul.

Click HERE to become one with the industrial yard ramp universe.