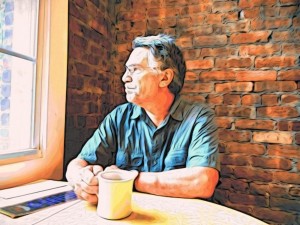 Well, I’m just pleased as punch to be officially presented as The Yard Ramp Guy. It’s not complicated, but those of you who know of and have been reading me understand that I’m gonna try explaining anyway.

Guy named Jeff Mann called me about a year ago. Said he’d started reading my blog and my Facebook page and my Twitter tweetings. Said he’s the original Yard Ramp Guy but enjoyed my musings and wanted to know if I’d be interested in becoming an official Yard Ramp Guy licensee.

And, yes, I must admit that it cracked me up. Now, I was there when Unser won at Indy (I’m not gonna say which Unser and which year, in order to keep you from thinking me full of formaldehyde). Just being there was like I won the darn race myself, even though I personally drive so below posted speed limits that my Chevy has probably attained consciousness in order to become offended by me.

So, when Jeff contacted me and floated the idea of my becoming a Yard Ramp Guy, it felt like the second thing I’ve ever won.

I said yes…with the following conditions:

1. I can write about whatever I want—yes, the ramp rules but I need to explore everything (just ask Maggie and the kids).

2. No editing or censoring (just ask Maggie and the kids). 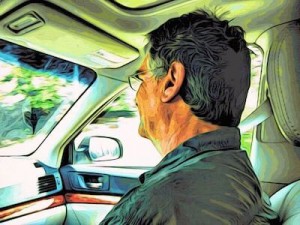 Jeff was game with the additional requirement that I put my face on his logo so I am using the licensed trademark correctly. I LOVE that part—which is about the only instance of vanity I’ve ever had (just ask Maggie and the kids).

Jeff and I have been friends ever since.

Why Mr. Mann likes me, I don’t know. I’m just a guy with a fascination for things that work (and a soft spot for things that don’t work). I like inventions and ideas that help advance civilization and culture. And I like to write about them.

Really, though: the ramp is central. It’s not for nothing that this site is called The Ramp Rules. I love the invention of it, the idea behind it, the things that have been constructed with its sheer and fairly simple brilliance. (Click HERE for my Top Five favorite inventions.)

Beyond that, I like the way Jeff and his team conduct business. I like what they call the weaving together of “old-school values with 21st-century technology.” I think The Yard Ramp Guy is proof positive that it’s still possible to conduct yourself as a gentleman and be successful in business.

World needs more of that.