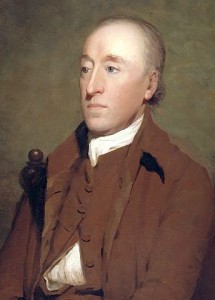 Everyone knows about Charles Darwin and Galileo Galilei. They're the closest thing to science rock stars. One battled the Catholic Church at the height of its power and performed experiments involving dropping objects off buildings. The other took a voyage around the world and developed a whole new science. They have fascinating, memorable, and dramatic life stories. They’ve earned rock star status.

Geology has its own Darwin, but he's hardly as well known.

James Hutton was far from an adventurous man. In fact, most of his discoveries came about from exploring the same small area close to where he lived.

Hutton was a Scottish gentleman farmer, commonly known as the Father of Modern Geology. By observing layers of dirt and stone, he was the first to consider that these layers might indicate great age. 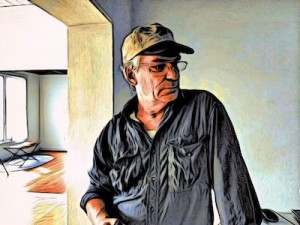 In his day (the mid and late 1700s), most other geologists looked to various theories involving floods to explain the layers. Hutton, though, theorized that the Earth was incredibly hot inside, and that sediment swept into the ocean melted and was pushed upwards. Which wasn't too far from today’s consensus, at least compared to most of his contemporaries.

Part of the reason that Hutton isn't well remembered today is that he was a much worse writer than other prominent geologists of the time. Hutton's book Theory of the Earth; or an Investigation of the Laws observable in the Composition, Dissolution, and Restoration of Land upon the Globe was much less readable for the general public. Plus, the title is just less catchy than, say, On the Origin of Species. Much, much less catchy.

Another reason? Rocks just aren't that interesting to most people.