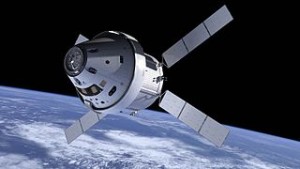 NASA recently had an unmanned test flight of their Orion spacecraft—a new vessel meant to replace the space shuttle, and to take humans beyond low earth orbit for the first time since Apollo 17.

I’ve been following the program with avid interest for years now. I’m a sucker for the space program. Always have been, always will be. Orion is reminiscent of Apollo in many ways, yet now it’s a bigger, beefier Apollo craft. One thing that bugs me about Orion, though, is the name.

See, years ago there was another Orion. Project Orion never actually got a vehicle up into orbit, but that’s probably a good thing, since it was fueled by nukes. 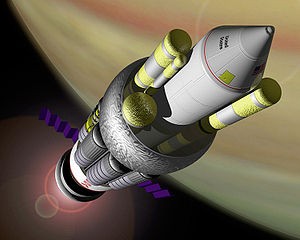 Note that I didn’t say nuclear power, either. I said nukes, as in actual nuclear bombs. Project Orion flew by detonating nuclear weapons right behind it to launch itself forward. It would have worked, too: absurdly well, in fact. It would have made anywhere in the solar system easily accessible, in fact, and may even have opened up the neighboring stars to us.

The real problem, though, was that most of the designs involved launching from the Earth’s surface, which, as it turns out, was a bit of a bad idea. Detonating a big sequence of nukes in the atmosphere? Good way to give everyone in a thousand miles cancer. The program was canceled in ’63 after the Partial Test Ban Treaty.

It’s not to say the new Orion isn’t impressive in its own right: there are plans to use it for prospective Mars missions, or even for potential asteroid explorations. I just think that the government could have chosen a better name for the thing.

I do know this: I plan on being there for the first manned launch.