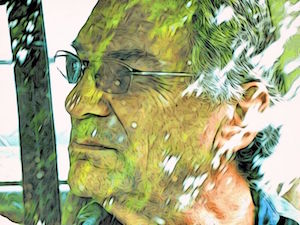 The most famous of the bridges, the Umshiang Double-Decker Root Bridge, is actually two of those bridges, with one stacked directly over the other. Local dedication to the art has kept the bridges alive and prevented them from being replaced with steel. (Steel, frankly—and with all respect to those dealing with, ahem, yard ramps—don't have anything near the lifespan of the root bridges and aren't nearly as sturdy.)